Heat rash is a common problem during the summer season. Some people develop rashes, mostly babies and small children. But adults can also get rashes on different areas of the body. There are no exact causes as why some people develop rashes and some don’t. What is confirmed is that sweat that gets trapped beneath the skin surface can cause skin rashes. If you are wondering about how to treat rash read on. This article talks about causes and possible heat rash remedies.

Sweats that get trapped are the cause of heat rash. Some people who sweat excessively develop heat rash on areas of the body such as neck, face, buttocks, armpit, and backs. Most of the time, rash develops on areas where the skin folds or creases like groin or neck. Heat rash develops on these areas where skin creases because the sweat did not get out of the duct. When sweat has a hard time evaporating because there is no proper air circulation, heat rash develops.

Tight fitting clothes also prevent evaporation, which can lead to heat rash. Other causes are lotions, heavy creams as these substances can clog the sweat ducts.

Is Everyone Susceptible to Heat Rash?

Yes, anyone can get heat rash. Newborns, toddlers, teenagers and even adults are at risk for heat rash. Most of the time, people who are immobile and sweating badly can get heat rash. They develop because their skin is not exposed to air so the sweat fails to evaporate. Heat rashes are a common occurrence in a country with humid and hot climates.

Wearing inappropriate clothes or clothing that prevents air circulation can also trigger heat rash for some people who exercise.

Why Babies Prone to Heat Rash?

Babies often get heat rash because of their parents. Overdressing babies in warm weather can make them sweaty. And since they have immature sweat glands some sweats fail to evaporate. Sweat glands that did not evaporate get trapped under the skin.

Heat rash often goes away on its own, once the skin cools. But if heat rash sensations persist consult a skin specialist. Most of the time, doctors would recommend the use of over the counter products. Calamine lotion or hydrocortisone sprays or creams are some of the common over the counter medications prescribed to people suffering from heat rash. It is also suggested that taking creams containing Vitamin A or C can also treat heat rash.

Prickly heat powder is also suggested for babies and small children. These heat rash remedies are the usual ways to treat the problem for mild condition. In a case of heat rash accompanied by swelling, pain and redness that takes time to heal, it is best to see a dermatologist. Antibiotic are given if pustules form where the rash heat develops.

These heat rash remedies or treatment is not necessary if only heat rash have been prevented. On my next post, I will discuss some of the ways to prevent heat rash during the summer season.

Get Your Free 100 Email Subject Lines

Do You want to know How to Build a Powerful Email List? 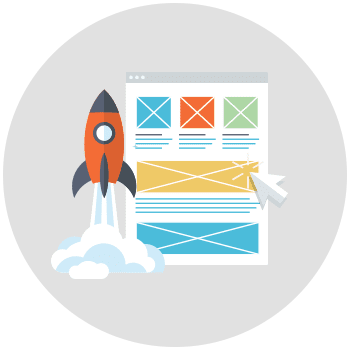